The basics of photography 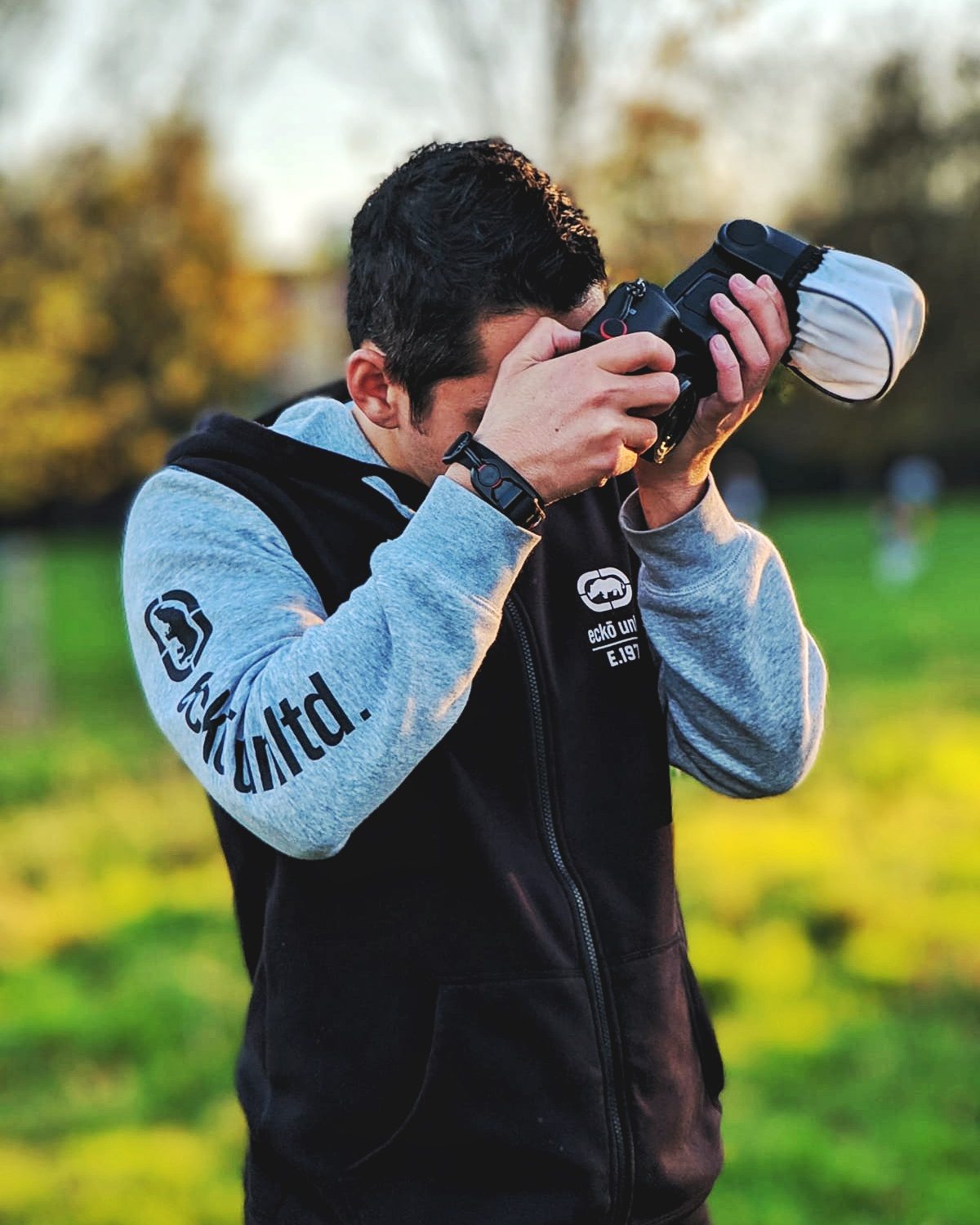 When starting to shoot, there’s three main aspects of photography that you should really know. It’s the use of ISO, Shutter Speed and Aperture. Once you know how they relate to one another, you’ll have a greater control over your final image.

It’s important to know how to frame, how to pose, etc but if you can’t light your picture properly then all the above goes out the window. So here’s the quick guide to what does what and how. I’ll try to keep this simple.

When we push the button to take a photo, your camera shutter lifts up and let’s light in, exposes the camera sensor to the scene you’re capturing and then when it’s done, closes the shutter back down. The shutter is what blocks light from hitting the sensor, so when it’s up, light enters, when it’s down, light is stopped.

The shutter speed refers to how long the shutter remains up. The shutter speed on a camera is usually measured in fractions of a seconds up to around 30 seconds. You can have longer than 30 seconds but at this point you usually need to start counting yourself.

When that shutter lifts to let light in, the light heads in via the lens which is attached to the end of the camera. The aperture refers to the opening of the lens that allows the light to pass through to the camera sensor. Like with the pupil in your eye, it enlarges and shrinks to adjust for bright environments or dark ones. When you change the aperture value you are changing how much light enters the sensor at any given time.

Aperture is indicated by f-stops. A lower f-stop number will let more light in and a higher f-stop will let less light in. Because this seems backward, maybe try thinking of it in this manner:

The more light you want to block coming into the camera, the higher the f-stop should be.

Along with letting light in, the aperture also affects the amount that is in focus. Using a lower f-stop will show less of an image in focus whilst a higher f-stop will show more. Usually, but not always, portraits are taken with a shallower depth of field (large aperture, lower f-stop number) whilst landscapes are taken with a smaller aperture (higher f-stop number).

The ISO refers to the sensitivity of the sensor to light.

A larger ISO number means increased sensitivity and vice versa. A more sensitive sensor means that light is taken in quicker and therefore your image is captured faster (more light is captured in a shorter space of time). The problem with too much sensitivity though is that noise creeps into your image.

Nowadays the amount of noise that is on your final image for higher ISOs is not as bad as it used to be due to the improvements in technology, but there’s still a limit to usable images created.

Using all three together

Shutter Speed, Aperture and ISO are the key things to know in photography as they all work together to make an image.

Say you wanted to capture a speeding car but didn’t want a blurry image. You’d want then to use a fast shutter speed. The faster the shutter speed means the less light the sensor is exposed to. This means that you need to let light into the sensor in another manner, using aperture or ISO.

A small aperture and fast shutter speed would mean the need for either a very bright day or you’ll need to use a higher ISO to ensure a properly exposed image.

Knowing how to use all these in combination will take time but just comes with practice. I’d recommend just to begin with using just shutter speed or just aperture and setting the other two on automatic, try to see how different scenes are captured as the camera calculates the other two for you.

It depends on your camera that you use but on a standard DSLR or Mirrorless camera (those that you usually can change lenses of), the shutter speed only option is indicated by an S, the aperture an A or Av.

Smartphones nowadays often have a professional mode which gives you control over ISO and Shutter Speed.